COVID-19 UPDATE With the goal of continuing to provide in-person lessons, classes, and performances to everyone while minimizing the risk of COVID, we will once again be requiring masks for admission to the FAA building. Specific instructions regarding our policy updates have been communicated to faculty and parents. Parents and students should check with their teacher for additional information. This decision was made after conversation with local health experts and follows a similar pattern set by many local schools. As the situation changes, we will continue to evolve with it. We want everyone to experience the arts at their fullest and appreciate your continued patience and cooperation.

SEASON TICKET PACKAGES ARE ON SALE!

Theatre Season: Back in the Spotlight

PLUS [2] Vouchers to any recital in the Artist Recital Series
CALL TO PURCHASE THE MODERN CLASSICS SERIES
Family Series
Meredith Wilson's Miracle on 34th Street The Musical; The Lion, the Witch and the Wardrobe; Alice in Danceland; 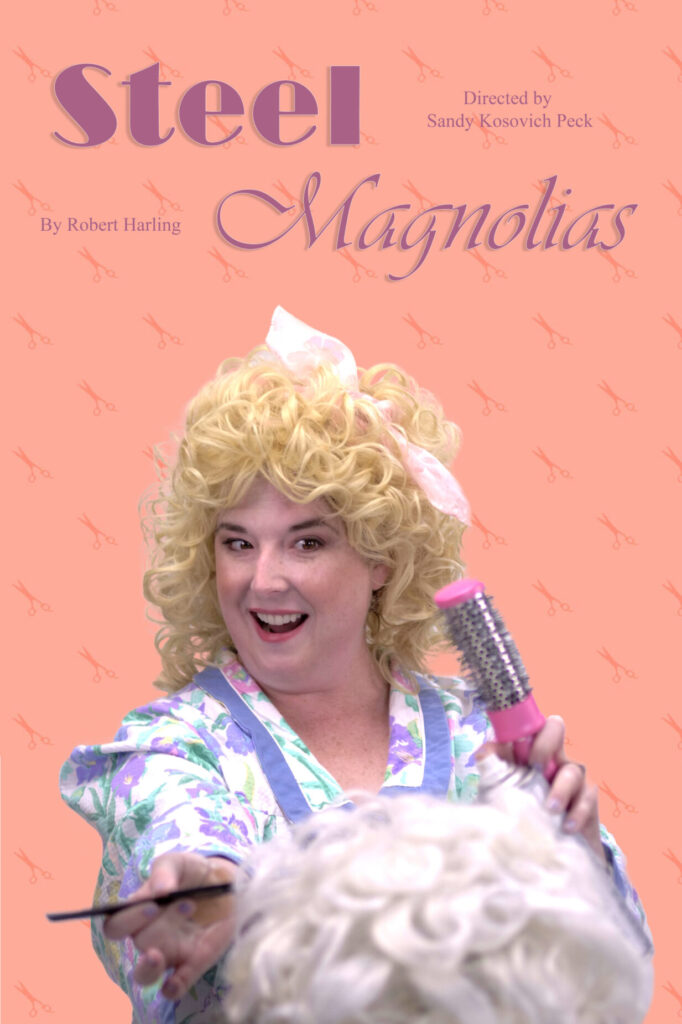 Steel Magnolias focuses on the camaraderie of six Southern women who talk, gossip, needle, and harangue each other through the best of times- and comfort and repair one another through the worst. The play is alternately hilarious and touching with six female characters that are delicate as magnolias yet as strong as steel.

This will be an all-female cast, led by female director, Sandy Kosovich Peck.

Steel Magnolias is sponsored by Lake Metroparks and Cornerstone IT 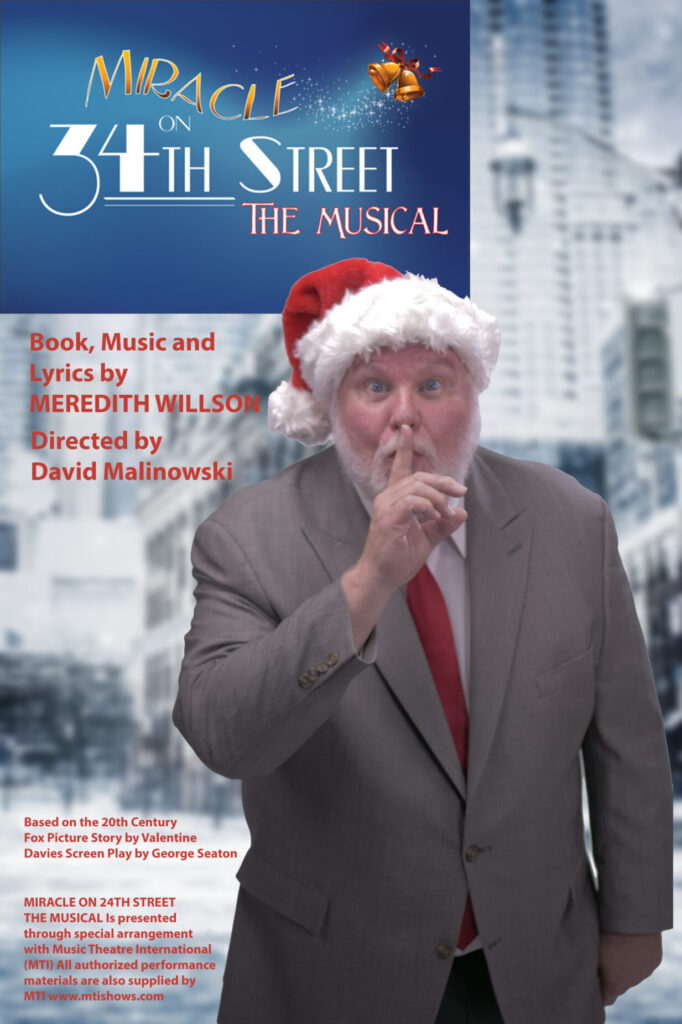 A holiday classic from the writer of the musical theatre classic, The Music Man!, and based on the movie of the same name,  Miracle on 34th Street The Musical features a book and score by none other than Meredith Willson.

Single mother, Doris Walker, doesn’t want her six-year-old Susan’s head filled with romantic notions. Their neighbor, Fred Gailey, tries to woo Doris by charming Susan and taking her to see Santa Claus at Macy’s, where Doris works. Doris is not impressed, but when it turns out that Macy’s Santa may, in fact, be the real Kris Kringle, a wave of love spreads across New York City that melts even the most cynical hearts.

Filled with humor, spectacle, and such beloved songs as “Pinecones and Hollyberries,” “It’s Beginning to Look a Lot Like Christmas” and “My State, My Kansas,” this joyous, heartwarming musical is pure family entertainment. 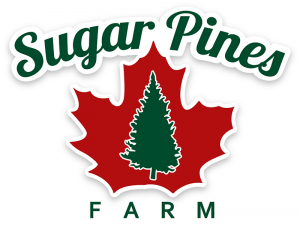 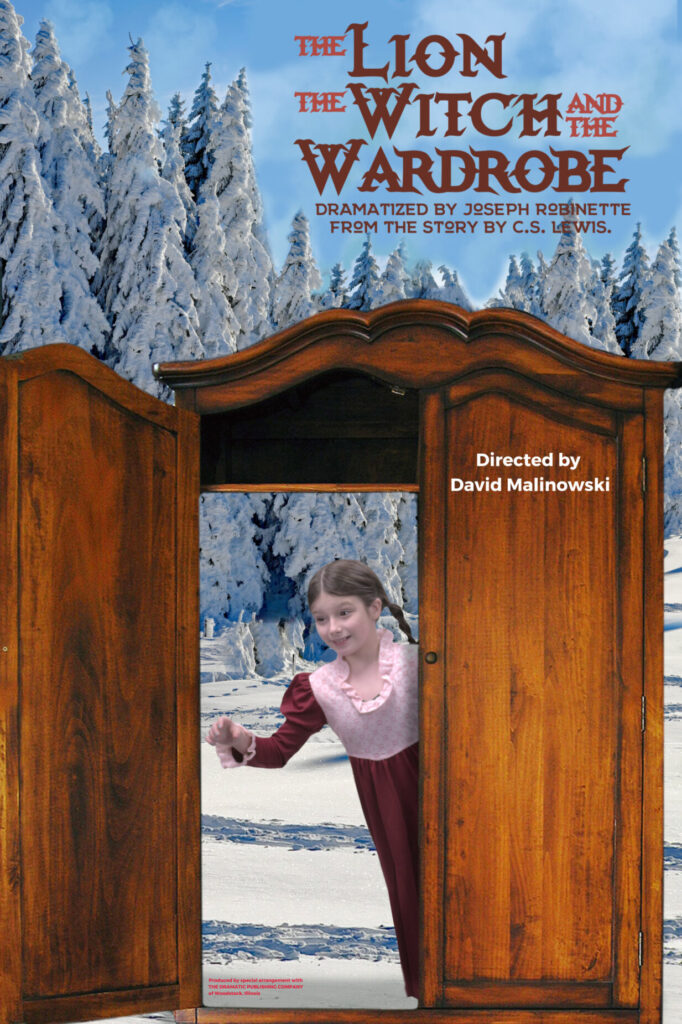 THE LION, THE WITCH AND THE WARDROBE
Dramatized by Joseph Robinette from the story by C.S. Lewis
Directed by David Malinowski

This dramatization of C.S. Lewis’ classic work faithfully recreates the magic and mystery of Aslan, the great lion, his struggle with the White Witch, and the adventures of four children who inadvertently wander from an old wardrobe into the exciting, never-to-be-forgotten Narnia. The intense action features chases, duels and escapes as the witch is determined to keep Narnia in her possession and to end the reign of Aslan. All the memorable episodes from the story are represented in this exciting dramatization: the temptation of Edmund by the witch, the slaying of the evil wolf by Peter, the witnessing of Aslan’s resurrection by Susan and Lucy, the crowing of the four new rulers of Narnia, and more.

The Lion, the Witch and the Wardrobe is sponsored by The Women’s Committee of The Fine Arts Association 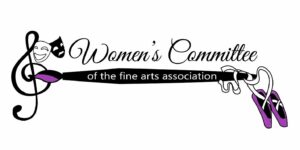 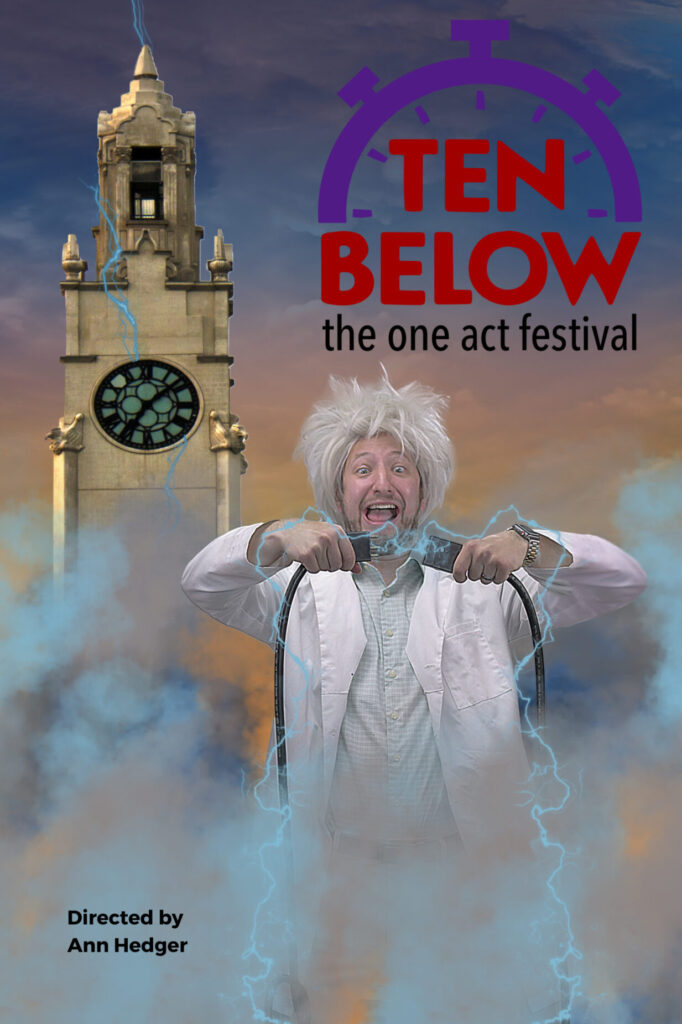 TEN BELOW: THE ONE ACT FESTIVAL
Directed by Ann Hedger

This exciting project, conceived by Ann Hedger, has been a staple of our performance season for over 20 years. It has evolved into a 10-minute play festival. Ann combed through over 800 submissions from all over the world to come up with 11 pieces to produce. Submissions came from 41 of the 50 states as well as 16 different countries!

The beauty of a 10-minute play festival is that there is truly something for everyone. If one piece isn’t your particular cup of tea, that’s alright, the next one probably will be. These pieces were supposed to be performed in April of 2020, so we are very excited to finally get to show them to you.

Ten Below: One Act Festival is sponsored by Fredon and The Lake County Visitors Bureau 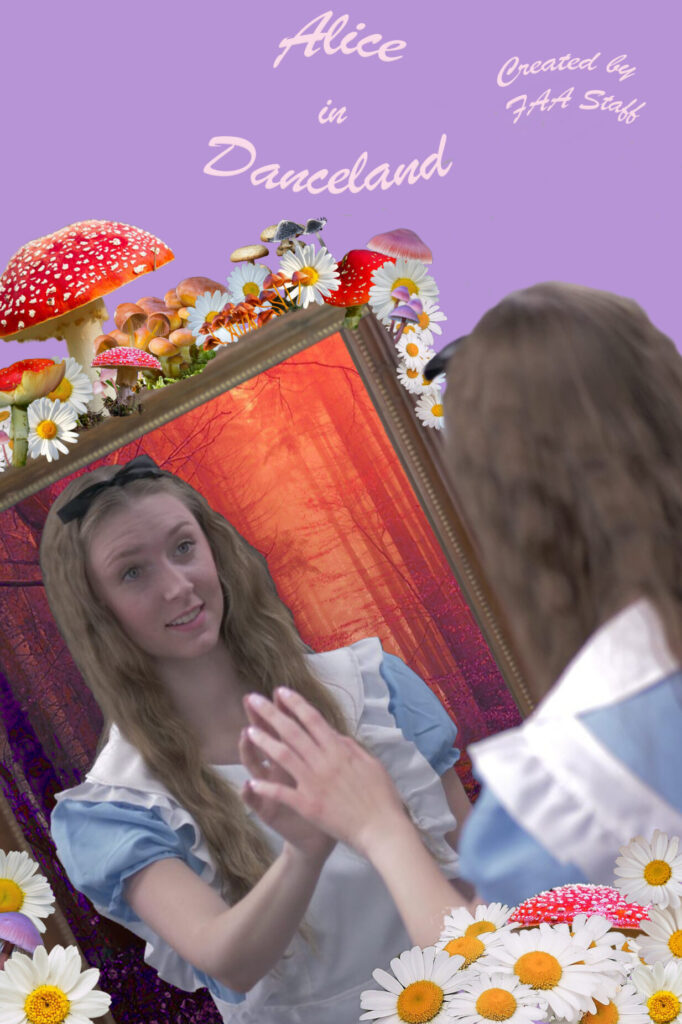 Alice in Danceland
A BRAND NEW MUSICAL!
Conceived and Created by FAA Staff

This is an exciting new venture as we combine our Theatre Department with our Dance Department. A teenage Alice finds that she doesn’t quite know where she belongs and finds it difficult to navigate the treacherous waters of High School. Defeated and sad, she finds herself alone in the restroom where her inner artistic self appears in a mirror and drags Alice through to the magical world of Danceland. With the help of the odd inhabitants of Danceland, Alice will hopefully learn how to get in touch with and release her artistic nature in order to learn where she belongs in the world.

Alice in Danceland is sponsored by Marous Brothers Construction 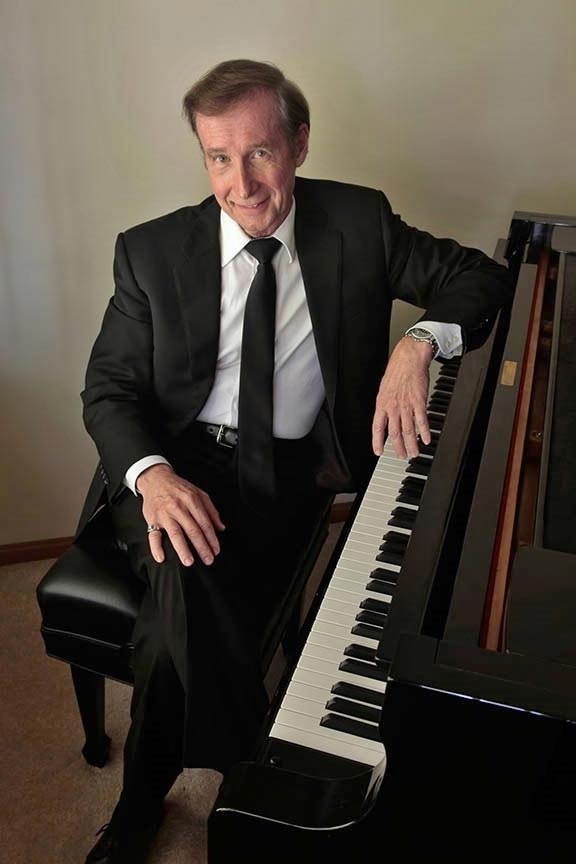 The Cliff Habian Trio is sponsored by 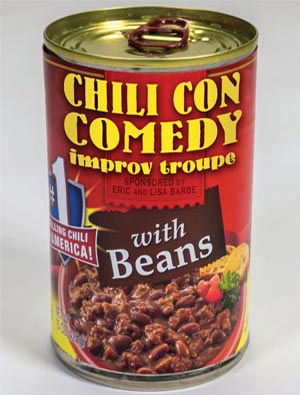 Audiences will laugh and be amazed at the wit and humor of our young actors as they incorporate suggestions and chance into live performances. You will never see the same performance twice!

Chili Con Comedy is sponsored by

The Fine Arts Association is grateful for the above performance season design work by Auburn Career Center Students. 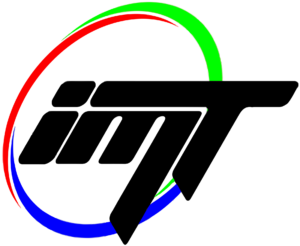 Brass Band of the Western Reserve

This vibrant band returns with a wonderful array of holiday music sure to delight the entire family. 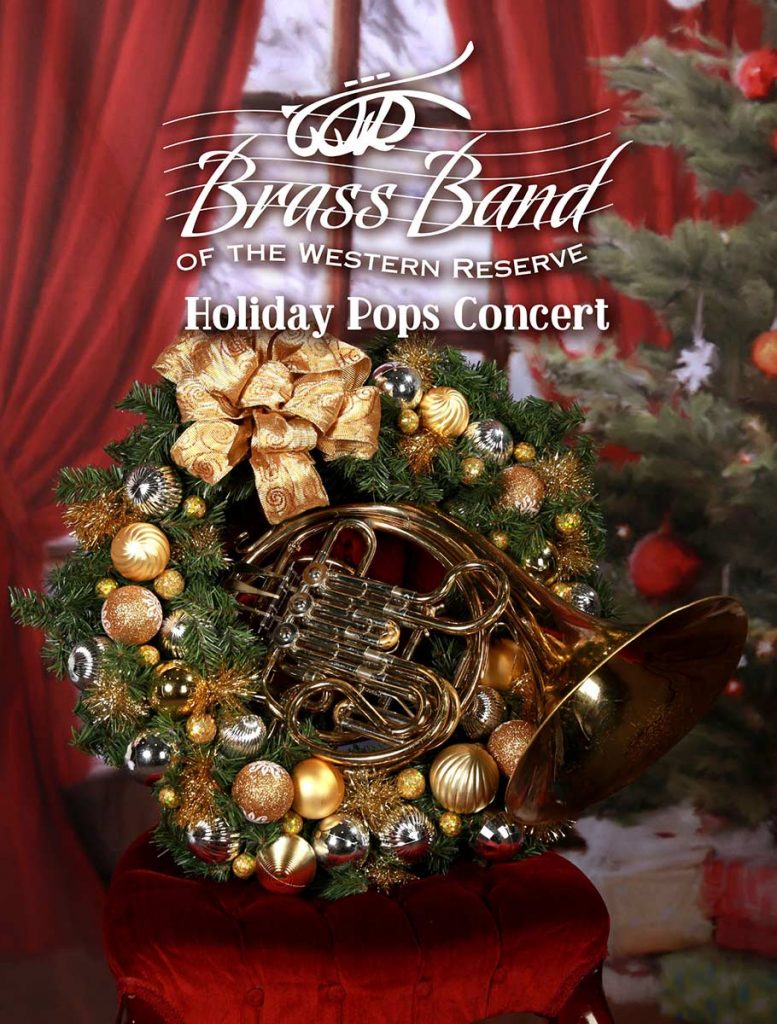 Brass Band of the Western Reserve is sponsored by