The Legacy Lives On

As we remember Jim and Louise Savage, we remember that they were as much about their art as they were about the need to share the arts with others. Mr.Savage was a dedicated advocate for the arts. From the start of the idea of a school of music, Mr. Savage could often be found convening influential people and collaborating with movers and shakers in the broader community promoting the need for spaces for art instruction and performance. Whether he met with people in his home at an informal night of music sharing, chatting with VIP’s over coffee or encouraging someone to host a dinner fundraiser, Jim Savage knew how to make things happen. 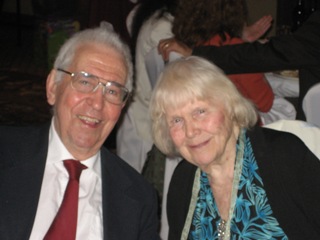 The Fine Arts Association began in the Savage’s home where lessons took place. 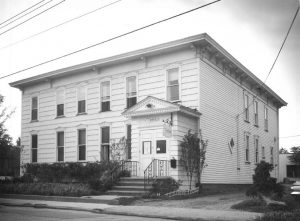 The Savages relocated their growing vision to what is now the Homestead House Bed & Breakfast.

Then, they raised enough money to build their forever home for The Fine Arts Association- the current FAA building on Mentor Avenue.

60 years ago, in 1957, FAA of Willoughby, OH was incorporated by co-founders Jim and Louise Savage both of whom were highly talented musicians and music teachers. By 1965, they outgrew their home-based center. Their board and private funders came together and purchased a building in Willoughby. But enrollment grew and in in 1972 a new building was built on Euclid Ave. in Willoughby.

FAA’s service area began expanding throughout the Northeast Ohio community including, but not limited to, Lake, Geauga and Eastern Cuyahoga Counties. A study confirmed that the physical space was reaching maximum capacity and ideas began percolating about building and upgrading to add additional educational and artistic spaces.

From 2013-2017, the FAA board and staff worked diligently on this $3 million Growing Strong campaign fervently believing that art is essential to the vibrancy of a community. Key support for the campaign came from federal, state and local grants, foundations, corporations, board members, and individuals.

On August 26, 2017, the new space was proudly dedicated ensuring that FAA would continue to inspire and transform lives through the arts.