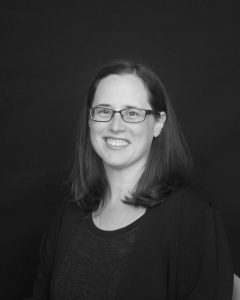 Lauren M. Feola, a soprano, obtained her Master of Music in Vocal Performance degree at the University of Akron and studied with Dr. Laurie Lashbrook. During her studies at Akron, she performed in opera scenes and competitions, specialized in 20th and 21st-century classical music, and was recognized for her vocal agility and aural skills. Ms. Feola often performed with duos and trios with classical guitar students and virtuoso, Stephen Aron. She also sang with the Cleveland Orchestra Chorus under the direction of Robert Porco for numerous seasons. In the summer of 2009, Ms. Feola received a scholarship to study in Oderzo, Italy to participate in an EPCASO Opera Workshop for select vocalists. Under the direction of Claudia Pinza, she was chosen to perform in various cities as a soloist and at an Italian military base. Her coaches included Enza Ferrari, Giovanni Cappelletti, Maurizio Arena, Vivica Genaux, and Maria Chiara. Ms. Feola’s interest in Italian music strengthened while studying abroad in Florence with Franco Pagliazzi and Canadian Tenor, Victor Micaleff. Prior to obtaining her Master’s, Ms. Feola worked in the finance industry for a leading mutual company in the USA. Currently, Ms. Feola teaches voice and musical theater at Lake Erie College where she developed the music minor curriculum for undergraduate students. In addition to teaching, Ms. Feola performs regularly with her husband and pianist, Dr. Francesco Binda. At FAA, Ms. Feola enjoys teaching classical music, musical theater, contemporary worship, jazz and pop music to children ten and above, young adults, and adults. She excels at developing and maintaining the fundamentals of breath management and tone production as well as nurturing performance skills.