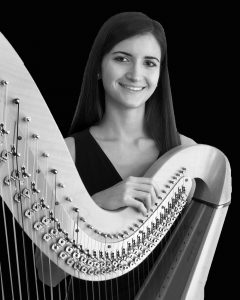 An accomplished pianist, Ms. Garlisi has won several piano competitions in Ohio and Florida. She has performed as a piano concerto soloist with the Kent State University Orchestra, the Bluewater Chamber Orchestra, and the Lakeland Civic Orchestra as a result of winning their respective Concerto Competitions. She has extensive performance experience as a soloist and collaborative pianist. Ms. Garlisi also graduated from the Cleveland Institute of Music’s Preparatory Department, where she studied piano, music theory, and chamber music, and received the Outstanding Theory Award. She teaches students of all ages and levels and believes music should be both educational and enjoyable. Therefore, she teaches a variety of musical styles according to her students’ interests. She believes a solid foundation in music theory is the basis for successful musicianship in any musical genre.