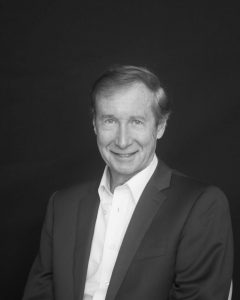 The late jazz critic, Leonard Feather of the Los Angeles Times, said that “Cleveland has an engaging eclectic in Habian, everything switches around from cut to cut: the size of the band, the genre of the music, the source of Habian’s inspiration”. That was twenty years ago, and since then, Cliff has remained true to those words.

He began piano lessons at the age of nine and was composing music just a few years later. With both classical and jazz music being strong influences, he decided early on to integrate the two genres into his own unique style. A multifarious pianist, Cliff can play in virtually any style, and he performs comfortably in group settings as well as solo performances. After attending the Cleveland Institute of Music as a composition major, Cliff accepted a position as Director of American Music and Department Head of Keyboard Studies at the Cleveland Music School Settlement, a post he held for 13 years. Cliff has worked with such greats as Joe Lovano, Freddy Cole, Frank Morgan, Jane Ira Bloom, Trent Reznor of Nine Inch Nails, Dion, Jamey Haddad , Wayne Newton, Bobby Vinton, Eliot Zigmund, Ernie Krivda, Dominick Farinacci, Greg Abate and many others. In addition to appearing on “Good Morning America”, Cliff has opened for such jazz legends as Mel Lewis and Dave Brubeck. He has performed for celebrities ranging from Wilt Chamberlain to Paul Newman and Joanne Woodward, to Hal Holbrook, David Byrne, Joe Russo, and Larry King. Impressed upon hearing Cliff perform, the great pianist Lang Lang commented, “I can’t believe how versatile you are.”

His international reputation began with a recording debut for Milestone/Fantasy Records. Two landmark recordings were produced, consisting primarily of original compositions, “Tonal Paintings” and “Manhattan Bridge”. The latter was submitted to NARAS(National Academy Of Recording Arts and Sciences) in 1990 for Grammy consideration. His concert appearances have been global, including Russia, Thailand, and Panama. In addition to appearing in jazz festivals (Glennwood Springs) and educational clinics in the United States.

Recently, Cliff became an internationally published author with the publication of his book “Jazz Piano Essentials”. It is published by the renowned Jamey Aebersold Jazz, Inc. Although only out for less than a year, it is already available globally in almost all countries. This book of jazz pedagogy reflects a lifetime of knowledge and is rapidly become a major international success!

In Cleveland, Cliff’s hometown, he has regularly performed at Nordstrom (7 years) in Beachwood, Nighttown in Cleveland Heights, Johnny’s on Fulton, Johnny’s Downtown, Taza, Hyde Park Grill, and Blu Jazz in Akron. He performs for retirement community centers such as Wiggin’s Place, Menorah Park, Stone Gardens and Meyers Place in Beachwood. As an educator, Cliff currently teaches at the Fine Arts Association in Willoughby. Cliff also became a “piano coach to the stars” when he was asked to coach child actress/star Yara Shahidi for a piano-playing part in the 2012 “I, Alex Cross” movie. Cliff is also included in the Encyclopedia of Cleveland History published by Case Western Reserve University.