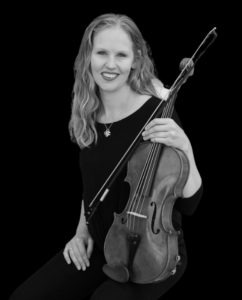 Described as “exciting to watch”, violist Melissa Lund Ziegler is an experienced chamber performer. She is a founding member of Muse Trio, was a founding member of the Take 3 String Trio, and has collaborated with violists Katrin Meidell and Michael Chen. She has performed as part of the 360 Lecture Series at the University of Wisconsin – Green Bay performing a history of jazz dance styles.