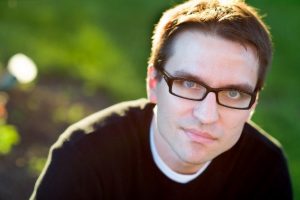 Michael is a passionate believer in the ability of all people, regardless of age or background, to find fulfillment through the fine arts. Previous to his appointment at the Fine Arts Association, he has lived this passion through middle-school and collegiate-level teaching positions in Northeast Wisconsin, and through the founding and operation of Music for the Sake of Music (MFSOM), Green Bay’s Classical Music Festival. As Executive and Artistic Director for MFSOM, Michael oversaw the development of a robust summer music education program and a week-long festival of performances. Under his direction, all Music for the Sake of Music programming remained free and open to the public while experiencing consistent growth, often as much as 25% annually.

As a conductor, Michael has held positions with youth, collegiate, community, and professional orchestras. He has been noted for his clarity on the podium and the ability to create a unique sense of ensemble and accomplishment among the players.

Outside of his work in the arts, Michael enjoys sports, traveling, and spending time with family.