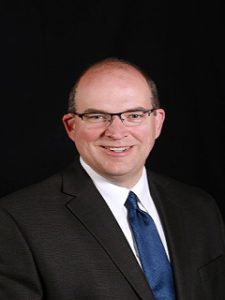 In 2004, Paul returned to northeast Ohio where he joined Rebuilding Together Summit County as Executive Director. Through his leadership, the housing organization grew into a 13-county service area, meeting critical needs of more than 1,200 elderly and/or disabled homeowners each year through a combination of corporate, civic, faith-based, and local government partnerships.

Paul served as President of the Home Repair Network of Summit County, as a leader in Rebuilding Together’s recent national service delivery re-envisioning effort, and as chair of various regional program and fundraising committees. He has continued to lead worship in congregations he has attended and performs when possible.

Throughout his career, Paul has maintained his love for the arts and its importance in his life. Building on his childhood experiences, Paul has directed community concert bands, college musicals, church choirs, and orchestras, sang in vocal ensembles, played in jazz bands, brass ensembles, wind ensembles; and acted in plays. His greatest joy comes from developing and empowering people to be their best and building each organization for success. He is excited to lead The Fine Arts Association as the role brings together all the things he loves and is passionate about.

In his spare time, Paul enjoys travelling, reading, spending time with family and friends, and catching the performances of his favorite artists.