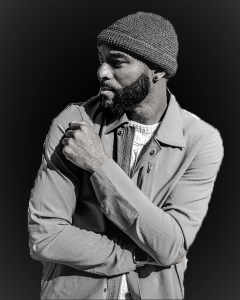 Howard is a graduate from Lake Erie College with a Bachelor of Fine Arts degree specializing in choreography and minoring in Entrepreneurial Studies. Within his 12 years of being in the Cleveland area, he has been a special guest teacher/choreographer at Cleveland State University, Hathaway Brown, Padua High School, Brush High School, and Lake Erie College. In 2014, Howard started ELEVĀTED Dance Company for dancers who wanted to pursue hip hop as a career and didn’t feel the hip hop scene was well represented in Cleveland, Ohio.

In that ELEVĀTED’s first four years, they performed at: Playhouse Square, Akron Peacemakers, Best of the Best Fashion Show, House of Blues, Collaborated with Alex Angelo at The Grog Shop, and The Takeover: Cleveland. Additionally, they have performed at Metro Health’s groundbreaking ceremonies and numerous home days. Under his leadership, ELEVĀTED placed 2nd at the World of Dance Competition (held in November 2017 in Chicago, Illinois). That 2nd place spot earned them automatic entry into the World of Dance Championship, which took take place in Pasadena, California (July 2018) where they were crowned USA Team Champions.

Howard is excited to be a part of the future of the Fine Arts Association. He believes that dance should serve as a creative and expressive platform that unites all people that shares the love and passion for it.