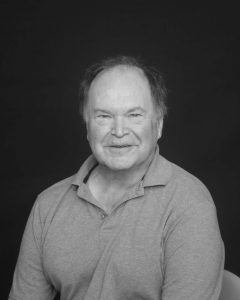 Denny has taught guitar for over 30 years. From beginners to more advanced students, always specializing in the creative aspect of playing, while teaching students the theory behind the instrument. He has written two books on guitar, one titled “Learn Theory on Guitar in Plain English,” and a book that includes a DVD called “Learn Guitar Chords Fast.”

Denny has been a long lasting figure in the Cleveland music scene, and has continued writing, performing and recording through all of hi. musical changes, including Gospel, blues, jazz, folk, experimental, Avant Garde, and theatrical pieces. He played with notable ’60s bands such as The Choir and the Lost Souls.

As a gifted guitarist, singer and prolific songwriter he creates an eclectic blend of original material utilizing Folk, Rock and Acoustic influences. His original music has been aired on 300 college and public radio stations in the U.S. and Canada. With his love for music and the music community, he organizes concerts with various performers under the title of Denny Carleton and Friends. He currently plays at such places as the Barking Spider and also as a church praise and worship leader. He has recorded 12 CDS, which are available on itunes and Spotify.

He has written music for five plays plus many short essays including topics ranging from music therapy to cell phones. Denny has written his memoir which is available on Amazon.