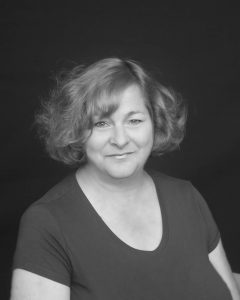 Lisa-Marie French began her professional career as a ballerina with McGill Danse of Montreal, Que. Upon return to the United States, she was Artistic Director of Ballet at a private studio in Detroit, Michigan. In her spare time, she directed two amateur dance companies, participated in a local commercial series, and was a Detroit Express Cheerleader for the 1984 season.

In 1992, Mrs. French relocated to the Cleveland, Ohio area. She decided to focus her energies on her first love, choreography, and direction. She has choreographed and directed for community theatre, high schools, colleges, and more. Some of her credits include Cats, A Chorus Line, My Fair Lady, Godspell, Miracle on 34th Street, Jekyll & Hyde. She is an award winner in the community theater world: Best Show of Season – The Miracle Worker, Best Choreography – West Side Story, Best Sound Design – A Christmas Carol. Best Director of a Musical – Forever Plaid.

Mrs. French is the resident choreographer for Chardon High School. She has been choreographing for their show choir “Free Harmony” since 1999.

She became a supplemental staff member of the high school in 2001. In addition to their show choir, she is the director of their spring musicals.

The Western Reserve Junior Service League contracted Mrs. French to write, direct, and choreograph their final three Red Stocking Revues. Her most unique gig was choreographing a 30-minute demonstration show for a Karate Dojo in Mentor.

Lisa-Marie hopes to use her position on the FAA faculties of Dance and Theater to pass on her passion for these fine arts to the next generation of performers!