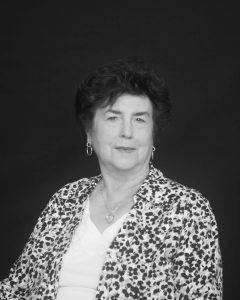 Phyllis Speirs majored in Vocal Performance at Kent State University and continued her studies at the Cleveland Institute of Music and Cleveland State University. She is a featured soloist of opera, oratorios, and recital, including the role of Kate in “Madam Butterfly” with the Cleveland Blossom Orchestra, soloist with the Cleveland Museum of Art Concert Series, Suburban Symphony and Lake Erie College Recital Series and the Robert Page Singers (a professional choral group). Phyllis appeared with the Cleveland Opera and Cleveland Orchestra Chorus and Chamber Chorus under the direction of Robert Shaw and The Lake Erie Opera under Louise Lane. She sang early music with Camarata Singers, a Baroque and Renaissance group and other venues in Cleveland and abroad. Phyllis was a featured soloist in the recording of Bach’s Magnificate and a recording entitled “It Must Be Heard”, which included James H Rodgers “Cycle of Songs” sponsored by the Cleveland Historical Society. She has extensive experience in Church Music as a soloist and music director and during that time was the soloist in many works including Durufle’ Requiem, St. John Passion, B Minor Mass, Mozart Requiem, and many others. As a church music director, Phyllis has recorded three CDs of Contemporary Cantatas. She also has experience in Musical Theater – singing with the Cleveland Pops Orchestra and direction of musicals at JCC, including “Dames at Sea”. As an educator in the Vocal Technique, she takes a Holistic approach to teach voice, “Diaphragmatic and Costal Breath control – “It’s all about the body”. She started the Fine Arts Community Chorus in 2008 – this is the Choirs 12th year together. Phyllis was accepted into the Wickliffe High School Hall of Fame for Achievement in 2010. She wrote an article for the Lake County Woman’s Journal “Singing with Body and Soul”. Phyllis presently teaches vocal technique/vocal coach at the Fine Arts Association in Willoughby and The Cleveland Institute of Music.